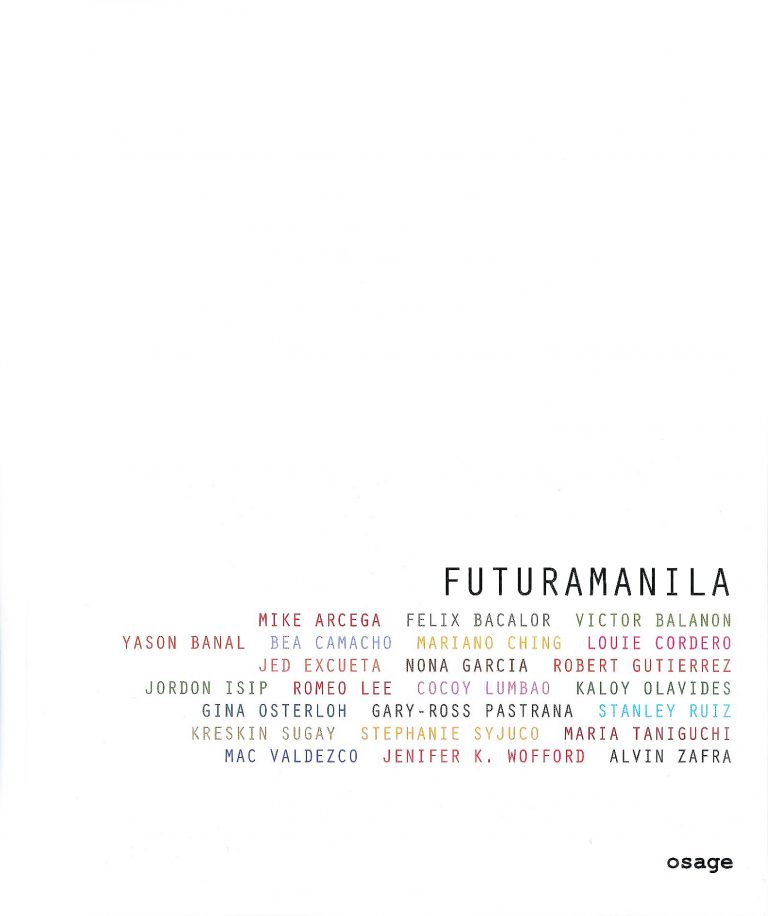 This catalogue was published on the occasion of the exhibition, FUTURAMANILA held at Osage Kwun Tong from 05 September to 06 October 2008 and at Osage Singapore from 24 October 2008 to 06 February 2009.

FUTURAMANILA is a group exhibition comprised of 23 contemporary Filipino artists brought together by an association created through artist-run spaces and exchange residency programs and who practice both in the Philippines and abroad. These artists who exhibit their works locally and internationally all possess a mutual connection with the collective Filipino identity. Along with this, their cross-cultural relations reinforce the core of the exhibit, providing a discussion drawn from various creative viewpoints. Offering a comprehensive spectrum of ideas, the exhibit allows the envisioning of the Philippines’ past, present and imminent future. Since the colonial eras up to the 21st century, the country has harbored the intricacies of a people and time, grounded on a foundation of survival, adaptability and ironic preservation.

Taking inspiration from the capital of the Philippines, FUTURAMANILA paints a picture of the developing Third World urban society, a manifestation of the double-edged sword of globalization and the changes the country goes through to accommodate these effects vis-à-vis society and the media, as well as a simple contextualization through everyday human interaction. With the many aspects that affect the Filipino people who reside both locally and abroad, there is a shared yearning to discern and shed light on the struggles in which the country, as a whole and as individuals, is immersed in.

Be the first to review “Futuramanila” Cancel reply 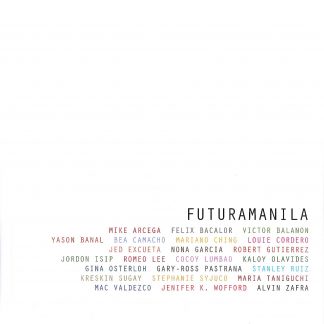 You're viewing: Futuramanila $40.00
Add to cart