This publication was published as the catalogue to the exhibition, Miao Xiaochun: Microcosm held at Osage Singapore from 10 September to 15 October 2008.

In his newest work Microcosm Chinese artist Miao Xiaochun re-imagines Hieronymus Bosch’s famous fifteenth century masterpiece the Garden of Earthly Delights.  Bosch’s triptych is one of the world’s most wildly extravagant examples of unbridled imagination. On the left wing we see paradise, in the centre mankind pursuing earthly pleasures, and on the right wing hell. In his version Miao has recreated each of these three panels using the original structure of the composition but has populated it with his own motifs and characters. Then, using three dimensional software, Miao looks past the straightforward image which is presented in the front view of each section in order to see that which lies beyond. Miao’s work is no mere contemporary copy of Bosch. It is a highly individual work imbued with subjective experience. In this series of nine images, numbers two through eight all relate spatially to one or more of the three panels of Hieronymus Bosch. But image one and image nine are entirely from Miao’s own imagination. In both of these images, Miao looks outside and beyond the picture framed by Bosch to consider what existed before the beginning and after the end.

Be the first to review “Microcosm” Cancel reply 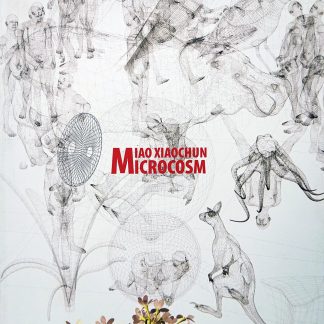