This publication was published as the catalogue to the exhibition, dis/close: Ng Sai Kit Solo Exhibition held at Osage Hong Kong from 5-30 September 2014.

dis/close is an investigation into the frictions and synergies between social media platforms and photographic languages as presented in Ng Sai Kit’s series of Instagram works, with aims to critically re-engage with our habits of image consumption and to further the possibilities of photography as a medium.

Ng Sai Kit was walking down the street just outside the customary New Year’s day lunch at his mother’s house two years ago when – with his keen eye for a good photograph – Ng happened upon a scene he wanted to capture. The only issue being, he hadn’t brought his usual camera – so he captured the image on Instagram instead. Such a gesture marks a turning point for the established Hong Kong photographer where he moves from analogue to digital to a social media platform, from light to data and from black and white to colour. The series embodies his critical attention, depicting the aleatoric meeting of the photographer’s gaze with those of advertisements and posters, and the encounter of his frame with architectural structures and surfaces. While the characteristic 3 by 3 frame of Instagram provides an easily understandable and stable organizing principle for both the viewer and photo-taker, what continues to draw Ng Sai Kit to Instagram is not the ‘easiness’. Ng Sai Kit, rather, expands his own photographic vocabulary by incorporating the language of this contemporary medium.

The result being that the found frames Ng depicts sit rather uncomfortably within his; he shakes loose the original composition of these found images, often cropping rectangular iPhone pictures to fit the Instagram format. The images that emerge spill over the corners and edges; Ng Sai Kit thus activates the frame. His images reference a cubist attitude, containing several perspectives at once.

In an age where the high-res and the instantaneous are prized above all, Ng Sai Kit’s images put us in a liminal space of poesis where we are as unsure of what we are looking at as we are reassured that we have encountered these images before. Ng makes strange the social dynamics or vantages that both produce and engender our consumption of the found images he depicts and brings into question how these social relations are embedded within our information networks and technological hardware, determining how and what we see.

Be the first to review “dis/close” Cancel reply 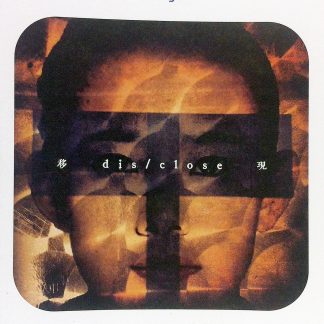