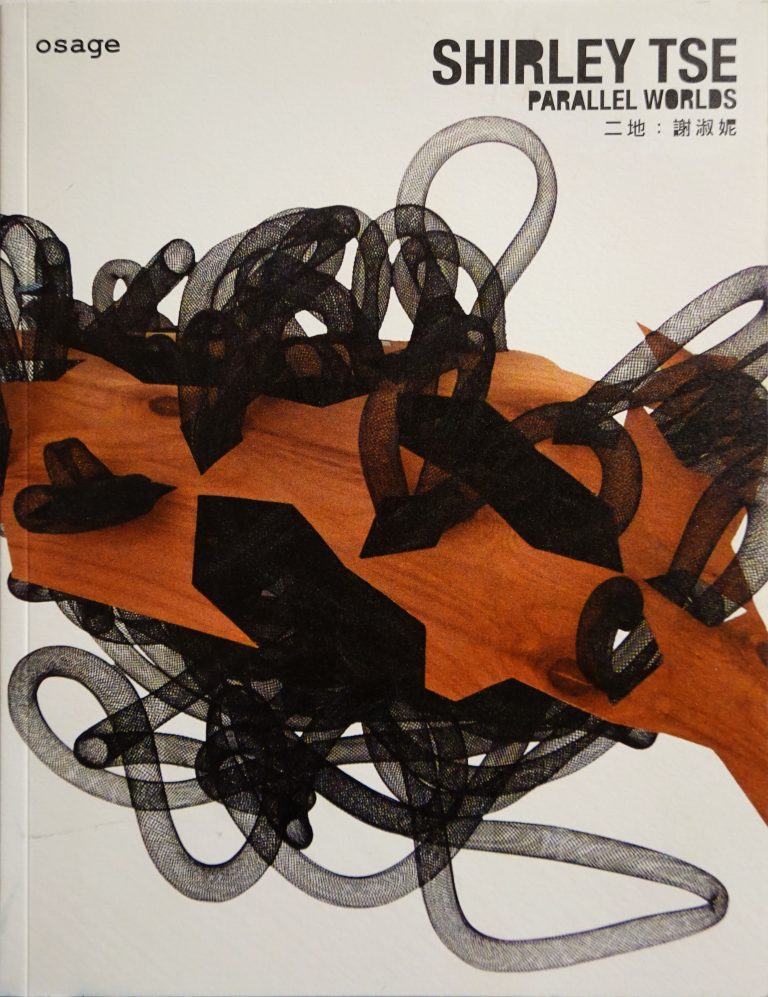 This publication was published as the catalogue to the exhibition, Parallel Worlds: Sara Tse and Shirley Tse held at Osage Kwun Tong from 26 March to 18 Aprl 2010.

Parallel Worlds: Sara Tse and Shirley Tse presents the works of two closely-related artists working with sculpture and objects. The two sisters are internationally acclaimed artists, but living in different worlds: Sara Tse is based in Hong Kong and Shirley Tse has been based in Los Angeles since 1990. Both graduated from the Chinese University of Hong Kong but have taken different paths. They use different languages in their daily lives and belong to two different art communities. And despite the globalisation of the art world, their practices are informed and contextualised by different trajectories of contemporary art. This will be the first time works by the Tse sisters will be presented side by side. The exhibition will feature recent work as well as earlier works, which will exemplify and provide a deeper understanding of their works and practices, their connections, relationships as well as differences.

While it is tempting to point out the obvious dichotomy of their practices; Sara Tse works with ceramics, a natural material while Shirley Tse is invested in plastics or synthetic materials, in this post-medium specific era, such focus on materials or media may be too myopic and overshadow the more interesting and intricate approaches towards object-making. For example, one similarity in their work is the examination of the fragility in the everyday, whether it is a shirt that has been transformed into eggshell-thin porcelain, or packing styrofoam that has been machined carved into intricate forms, both items of extreme vulnerability and of the transience. While ceramics and plastics are supposed to last forever, paradoxically in the Tse sisters’ applications, the longevity of these materials is challenged. The difference between their practices is perhaps less vested in materials and more in the different visual language each artist employs: while Shirley Tse explores multiplicity via plasticity, Sara Tse presents inscription of memory. Curiously, there is a common shift in their recent work towards the narrative, specifically the narratives of Chinese diaspora, exposing a deeper autobiographical content. For example, Shirley Tse was given some faded tourist slides of Hong Kong from a friend in Los Angeles whose parents were tourists in the 1960s. These slides are now in the hands of Sara Tse and will be the subject of her new work in the exhibition. Shirley Tse will also include work from her Quantum Shirley Series, a body of work inaugurated in 2008 that imagines the connection between personal narratives, economics (as manifested through movement of traded goods), political ruptures and theoretical explanation of reality.